Ever wondered why we call it “a Mass?” 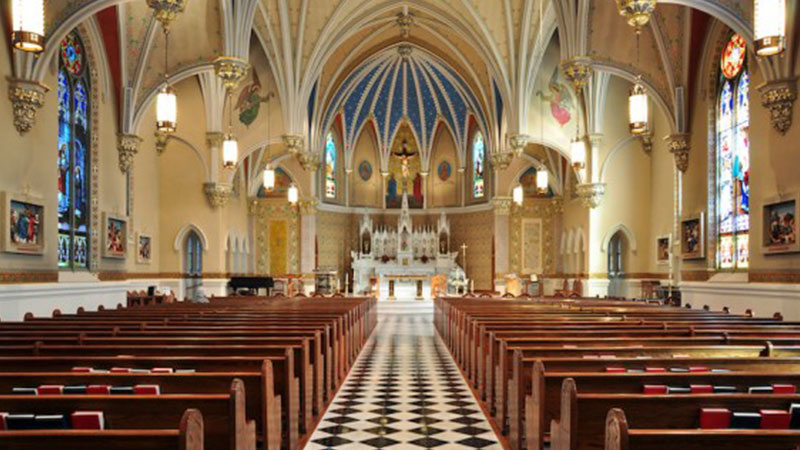 [From The Compass – Newspaper of the Catholic Archdiocese of Green Bay, June 16, 2000 issue.]

Why do we call it “Mass”? a reader wants to know. “Is it because we meet in a group, like a mass gathering?”

That could be one reason most of us call the liturgy “a mass.” And considering that the central part of the mass is the Mystery of the Eucharist, which leads us directly into Communion (where we join together to share Christ’s body), it’s probably a better answer than the common translation from Latin.

The word mass comes from the end of the liturgy, but it’s really the beginning. Let me explain.

Mass comes from the Latin word missa. Many of us might recognize it from the phrase, “Ite, missa est,” at the very end of the Latin Mass. Today, we use the use the translation: “The Mass is ended. Go in peace.”

Now, when you look up translations of Ite, Missa est, you’ll find “Go, it is ended” or “Go, the Mass is ended.”

However, it’s like the chicken and the egg: Which came first? Did missa always mean Mass? Or did it mean something else first?

Missa is a Latin word that comes from an earlier Latin word: mittere, which means “to send.”

Mittere is also the same root word that gives us our English words: “mission,” “commission and “dismiss.”

Now we begin to see a pattern: “Ite, Missa est” comes at the end of Mass, during what we call “the dismissal rite.” It’s the part of the mass where we are sent back into our daily lives.

Let’s look at the other part of the phrase: Ite. This is another Latin word, which translates well as “Go” or “You, go.” (It’s related to the Latin word iter, from which we get itinerary.) Ite is the imperative form of the word, which means it’s an order. Sort of like the military command: “Company dismissed!”

So translating Ite, Missa est, in terms of our modern liturgy, comes out something like this: “Go, you’re being sent on a mission.” Mass, coming from the word missa can be looked at as a type of code word for this command.

We can understand what we’re being told a bit more clearly when we look another modern form of the dismissal rite: “Go in peace to love and serve the Lord.”

That’s the mission we’re being sent on: to love and serve God. It’s the same mission Christ entrusted to his disciples: “You will be my witnesses in Jerusalem, throughout Judea and Samaria and to the end of the earth” (Act. 1:8). These words, and similar ones in Jn 20:21, Mt 28:19-20 and Mk 16:15 — tell us that the Lord commissioned his disciples to proclaim the Gospel, the Good News of the Kingdom, to everyone, in every place and time.

And that’s the commission we’ve also been given. It’s what we’re told to do at the end of every “Mass.” And, as baptized Christians, what else can we do?

“Christians who have participated in the Sacrifice of the Lord, which was offered for the salvation of all human beings, and offered with the Church … cannot be content with just going back home, satisfied at having accomplished their duty and obeyed the law. Without transforming themselves into professional missionaries or preachers, they must strive to radiate justice and charity around them” (Dictionary of the Liturgy pg. 165.)

The Catechism of the Catholic Church tells us the same: “Holy Mass (Missa), the liturgy in which the mystery of salvation is accomplished, concludes with the sending forth (missio) of the faithful, so that they may fulfill God’s will in their daily lives” (no. 1332).

So, we are being sent on a mission. Fits in with the word mittere, the command to go. (Remember how the Romans were about military commands.) We have a job to do, a mission to accomplish. The end of Mass is only the beginning.

And, one last thing about the phrase “Ite, missa est.” Est is a verb of being, like “is” or “will be.” So, the translation is most closely: “Go, the Mass is.”

The Mass is — the mission is ongoing. We are always being sent. We go to Mass — to celebrate the Eucharist — but the Mass (like Eucharist) doesn’t end. We have been baptized into Christ for eternity. At Mass, we’re just being strengthened and reminded of that — and sent out anew to proclaim it to others. 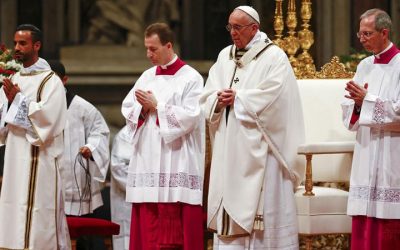 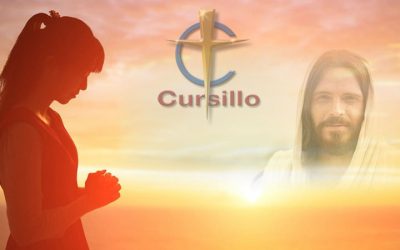 A Layperson’s Explanation of the Cursillo Leaders Prayer Given by Bruce Bonenberger, Evansville Diocese, at the... 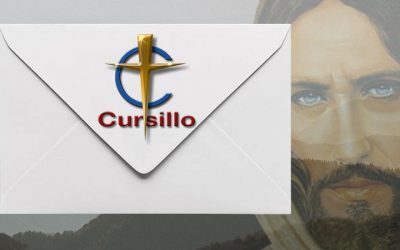 Dear Friends in Christ,  The National Newsletter is available each month at:...